The Irish flute is a type of side end-blown flute, meaning that the player blows into the closed end of the instrument. It is typically made from wood, although some modern instruments are made from metal or plastic.

The traditional Irish flute has six holes, which the player covers with their fingers to produce different notes. It is a versatile instrument, capable of producing both soft and lively sounds. Its distinctive timbre is often used in traditional Irish music, as well as in other genres such as jazz and rock.

The Irish flute is a type of wooden flute that is commonly used in traditional Irish music. To learn more about this instrument, continue reading below.

The Irish flute has a long history, dating back to the late medieval period. Early versions of the instrument were likely introduced to Ireland by English or Scottish soldiers during the Tudor conquest of the island.

Over time, the instrument became increasingly popular among the Irish people and developed a distinctively Irish character. It was the most common instrument found among Irish Peasants. By the 18th century, the Irish flute was firmly established as an essential component of traditional Irish music.

Traditional Irish music is known for its unique sound and use of historic instruments. The genre often includes multiple instruments such as fiddles, guitars, and drums; however, the Irish flute is always a key component in creating the unique soundscape of this music.

This type of flute produces a soft, mellow tone that is perfect for slow airs and dance tunes. It is typically played in the key of D, although some modern players have adapted it to play in other keys as well.

In recent years, the Irish flute has undergone something of a renaissance, thanks in part to the efforts of modern players such as James Galway and Matthew Mann.

Additionally, Catherine McEvoy, Matt Mallow, and James Crawford have done much to put the timbre of the instrument in modern ears. Today, the instrument can be heard in a wide range of musical settings, from traditional Irish sessions to classical concert halls.

If you would like to learn more or listen to this instrument being played, look online for video streaming of Irish flute tunes today. 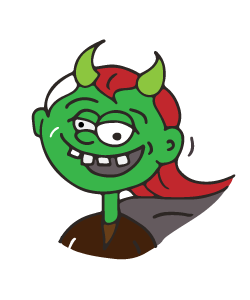 Everything To Know About The Hauntingly Beautiful Irish Flute
8 August 2022
The Irish flute is a type of side end-blown flute, meaning that the player blows into the closed end of the instrument. It is typically made from wood …

Everything You Need To Know About Music Radio Streaming
6 June 2022
Music radio streaming has become increasingly popular in recent years. This is largely due to the proliferation of smartphones and other mobile device …

2 Things You Need To Make Your First Month Of Guitar Practice More Productive
31 March 2022
You have your guitar, a capo, a timer, a metronome, and picks. These are the 5 things you'll probably need to begin guitar lessons. So, if you have th …